Nike has added the Air Kukini to their latest anime-inspired "Mighty Swooshers" collection.

This release of the replica Nike Air Kukini pays homage to the brand's Swoosh Man, a superhero (mascot) they haven't really taken off since the mid-'90s.

The character is printed throughout the upper, with a metallic silver TPU cage and leather overlays. Red Swooshes, black detailing and "Battle of the Six Dimensions" and "Nike And The Mighty Swooshers" printed on the insole complete the design. 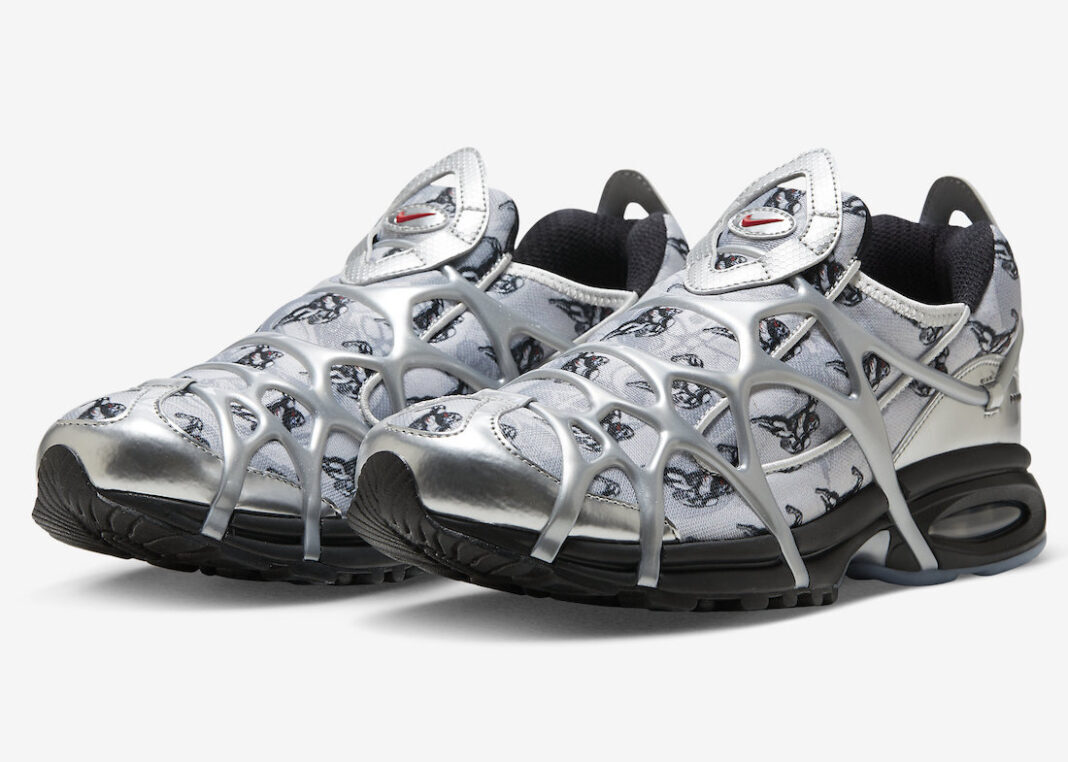