Replica Nike revives the Air Kukini of the early 2000s, bringing back some classic colorways as well as new ones. This week, a new Cargo Khaki olive look has surfaced online for a release later this year.

On New Year's Day 1999, Nike launched the Alpha Project, a new line of shoes focused on identifying and solving product performance issues. The Alpha line produced many out-of-the-box styles that are still popular today, like the Air Presto, as well as lesser-known styles, like the Air Kukini, returning this year in retro form and new colorways. This week, we got another early look at an upcoming pair, the slip-ons in a "Cargo Khaki" color scheme. The new look features a light olive green neoprene base layer with dark green leather overlays on the toe, heel and tongue, and a matching midsole. The Replica Nike iconic flexible TPU cage comes in a translucent olive color to complete the look. 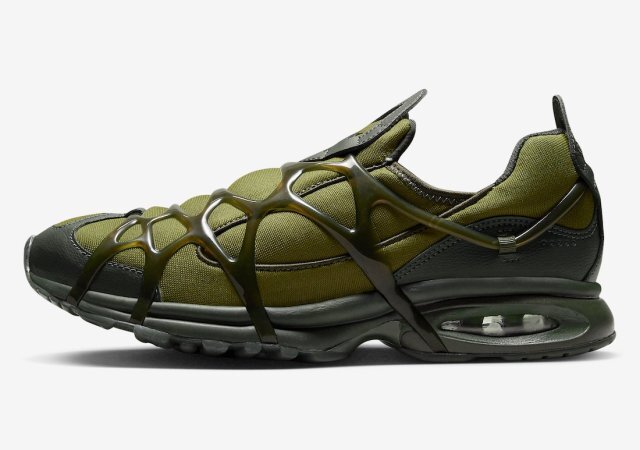 A new colorway of Nike's latest retro Air Kukini has yet to be announced, but we expect the laceless model to hit stores in the coming months. See the look here in shades of "Cargo Khaki," and the shoe will be available at Nike and select retailers for $135. Check out the official images below for a better look, and stay tuned to songsneaker for more Nike launch news.