Since its relaunch a few years ago, the New Balance 550 has become a staple in the brand's arsenal, releasing in a plethora of colorways. Complementing some of the more popular styles last week, the Boston-based brand is adding new styles to its upcoming releases, starting with a clean "sea salt" look that debuted overseas today. From the new 90/60 models to the 2002R runner, the palette seen here has been used on many recent NB builds. Now, the 550 comes in shades, using egg white tones to build the leather upper and adding perforated panels to the sides of the replica shoes. The midsole also adds some yellowing elements for added depth. 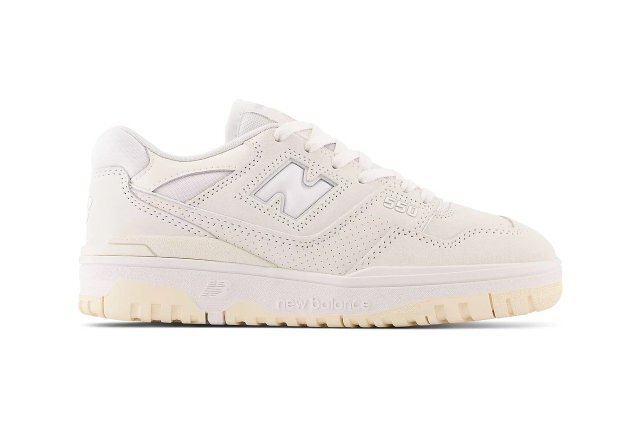 New Balance's latest women's 550 colorway debuted today on the brand's overseas website, but a stateside release date has yet to be specified. Dressed in the popular "Sea Salt" colorway, the shoes may hit the Boston-based brand's US site later this season, normally priced at $110. Check out the official images below for a better look, and stay tuned to Songsneaker for more NB release news.