Let's compare the true and false of Song Sneaker Air Jordan 1 Retro High OG White Purple. I have to say that the appearance of FAKE is very good. It is difficult to see the difference in appearance. REAL stands for true, FAKE stands for imitation, and FAKE number stands for different quality. First of all, compare the toe caps. The left and right sides of the REAL toe cap are uneven, and the edge of the toe toe splicing line has a larger gap than the FAKE. When viewed from the side of the toe, the REAL is slightly upwards, while some FAKE toe outsoles fit the ground. 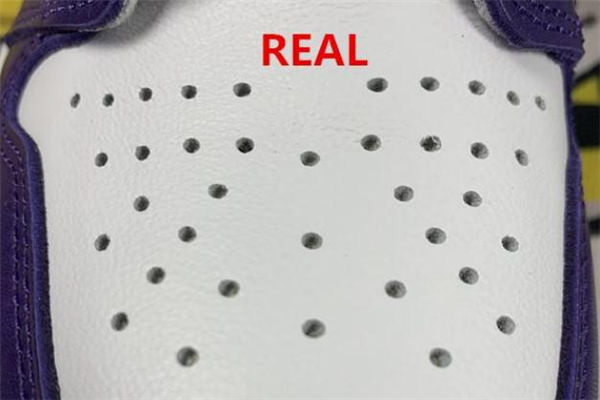 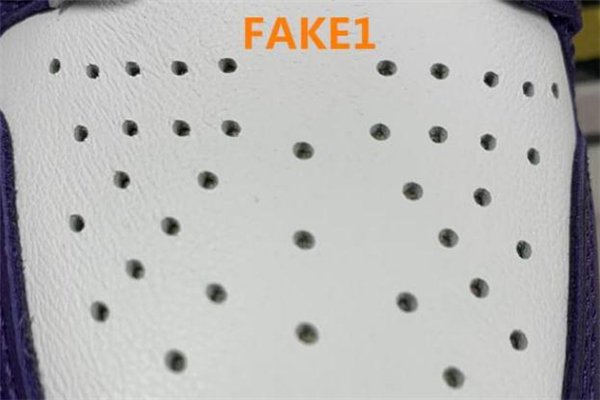 Some FAKE leathers are crumpled hard. 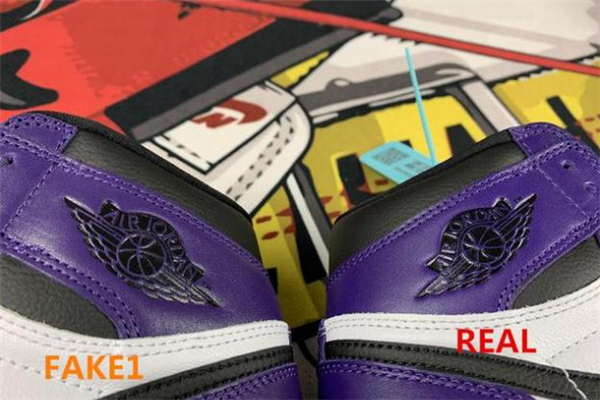 Compared with the flying wing, the REAL flying wing feels more concave and convex than FAKE, with brighter reflection and matte feeling, while the degree of reflection of FAKE is not as bright as REAL. 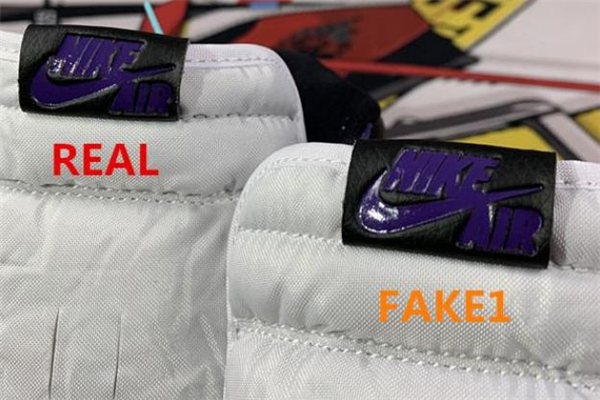 Song Sneaker Air Jordan 1 Retro High OG White Purple shoe tongue logo contrast, this time the logo on the purple toe shoe tongue is not embroidered, the logo and letters are embossed on the leather, the embossing feels deeper than FAKE, and the space on the R letter is smaller. , Most of the empty places of FAKE letter R are bigger than REAL. 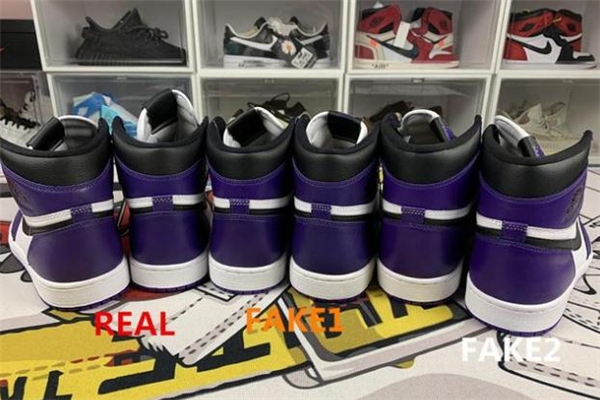